Gerlof’s position at Rabobank is constantly changing: the bank is continually undergoing shifts and reorganising to become more effective. Since March this year, he and his team have been responsible for the ‘Banking Excellence’ project within Rabobank.

The Banking Excellence project involves employees who service Rabobank’s business customers. Banking Excellence is mainly about facilitating employee performance by developing them through training, certification and other means. “We want our people to sit down with a customer, armed with expert knowledge and, based on that, to provide the best advice they possibly can. We have a duty of care towards our customers, so that means our employees have to have the required knowledge and expertise. That is why we run this development project every three years and assess the knowledge and skills of our employees, based on the current requirements of the role. Within the Rabobank context, we test them for their financial knowledge, legal knowledge, tax knowledge and product knowledge. If they pass the assessments, they are officially certified for the next three years.”

In the context of the Banking Excellence project in the here and now, employees go through this assessment process every three years. 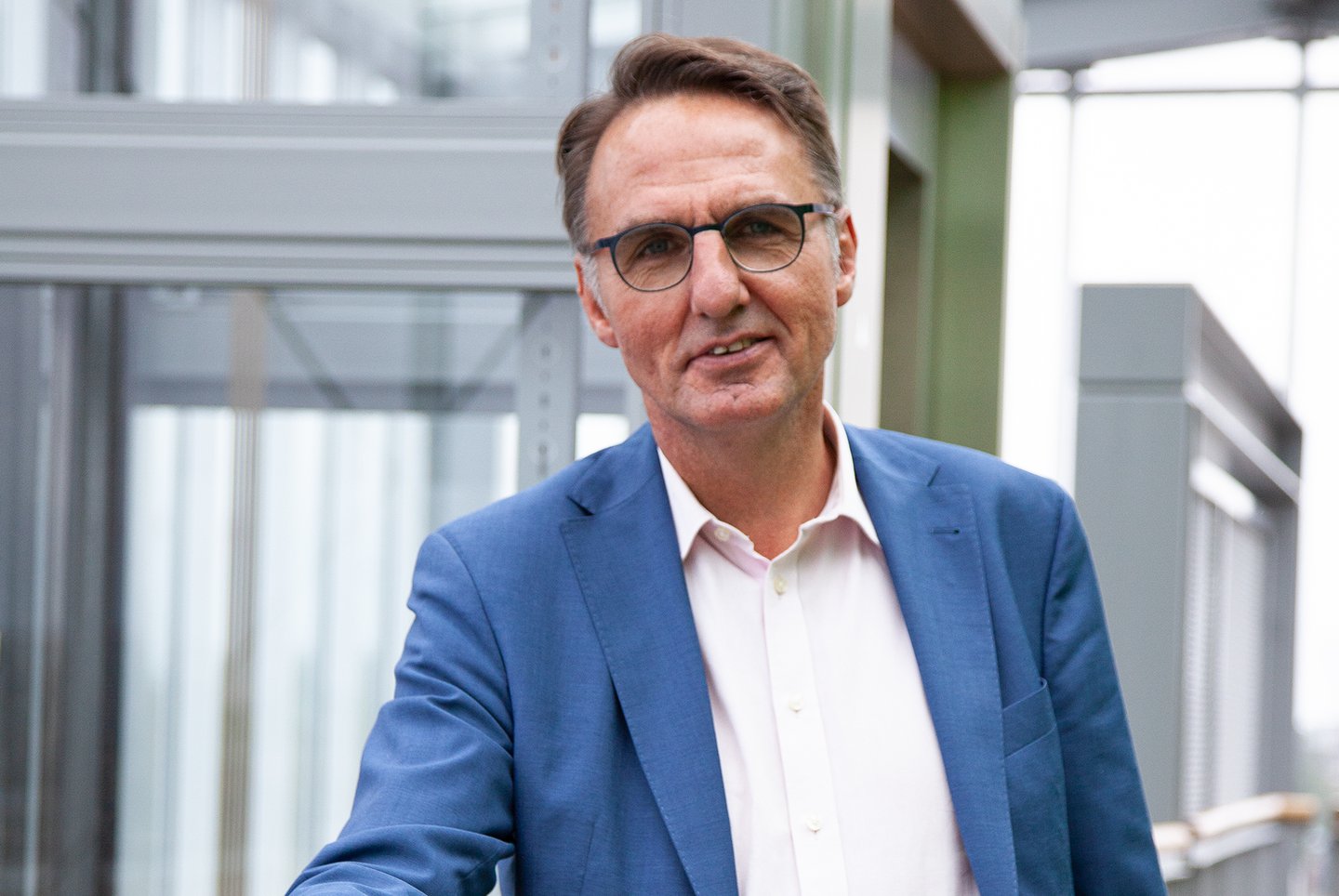 Gerlof Schutte has built up a solid career at Rabobank: he has been working at the bank since 1987 and has held various positions at both a national and international level. In his current position as a Learning and Development Manager, he is primarily focused on professional development within the business market. His expertise centres around linking the innovative result-oriented side of the business to the personal growth and development of employees and teams.

The Banking Excellence project in the future

For the Banking Excellence project of the future, Rabobank also has a clear vision: on a number of points, the bank must ultimately make a difference in the market. “You try to train people in a certain direction and develop instruments to be used to measure effectiveness. However, it is critical to adopt a more future-oriented approach. Instead of just thinking from the here and now, it is more about the growth of practical skills towards the requirements of future roles within the bank. For the latter, Learning Agility is a great tool for answering the question: how change-ready are you? ”

Gerlof works in a team that deals with these issues. They regularly seek cooperation with other parties within the business to create and track change management programmes and development programmes. Gerlof has a strong focus on recruiting and developing with the future in mind and letting people grow into a future role. This also includes the development of a training curriculum that is based on those future roles. Specifically, master classes are currently being given in which consultants are trained for their future role. Gerlof often conducts these master classes as a trainer.

The Learning Agility assessment is used to measure employees’ change-readiness, as part of the admission criteria for the Master Class. “Because we want to know whether someone is developable into a new role, we use Learning Agility as a measure of potential.”

Gerlof sees the Self-Awareness component within Learning Agility as the most important factor for developability. If you score low on Self-awareness, it has an impact on the overall score. “In most cases we say: attend the Master Class and we will pay extra attention to certain development areas that are highlighted within the report. Sometimes you think afterwards: maybe it was not that effective, but you can also make people aware; that’s our main focus. It all starts with consciousness and self-awareness. ”

A fixed part of the three-day master class is a coaching discussion after the second day with an external trainer. During this interview, the outcomes of the Learning Agility assessment and the applicability of these outcomes in practice are also discussed. Eventually, the participant does a “pitch” on the last day of training. Within this practical exercise, the participant speaks about his or her current role, strengths and development areas in relation to the future role which he/she would like to develop into. The results of the Learning Agility report and what the participants have highlighted in the coaching interview are taken into account. “That’s where insight comes from. It is the start of a development process that participants enter into with themselves. Participants make use of the coaching sessions to help them further understand themselves as well as to form an idea about ‘what do I really want?’ The idea is: the entire financial sector is in transition, Grab the wheel of your career yourself instead of allowing the context to determine what you are going to do. That is generally experienced as very valuable. ”

The banking profession is digitising at a rapid pace: companies, for example, can now apply for and receive a digital loan. In addition to this digitisation trend, all kinds of other technological developments have an impact on the financial sector. This is a trend that is continuous. The bank will therefore also have to continuously change in order to meet the demands of customers and the environment.

At specific branches, Gerlof occasionally gives workshops to teams about the relevance of Learning Agility within a rapidly and continuously changing context. Based on the results of the Learning Agility team analysis, he provides specific advice to the team to boost their awareness and, ultimately, their performance. “If the one scores high on a certain Agility and the other scores low on that same agility, let them work together and learn from each other. I try to make cross connections there. I would also like to have an idea of ​​what the team looks like in the recruitment process, so that we know what the team still needs. Just as we use the assessments as intake during training, we should also make use of Learning Agility within teams when we hire new people. That way, you create real synergy in teams.”

Change-ready employees are critical for future performance. The world is changing so fast that agility has become a key competence. The transition in the financial sector is huge, so it is a key focus area for Rabobank in order to remain competitive.

The Learning Agility assessments have been used within Rabobank for the past two years. “Up to now, it has at least generated a lot of awareness: in the learning interventions and coaching conversations, real changes are made.” Going forward, they would like to measure the impact of development by once again assessing the Learning Agility of a previously-measured employee, and placing the results side-by-side. This interesting data can certainly be used in the future in the pursuit of innovation and development, with a focus on strategy and talent.