In the current dynamic world, where assignments are becoming ever more complex, the ability to effectively deal with these complex assignments more often as not requires teamwork. That’s why companies want to know how to get the best out of teams. We know for a fact that Learning Agile individuals perform better than those who are not. The question arises whether the same goes for teams. If this is indeed the case, companies will have a powerful lever to support teams in being successful in tackling complex assignments.

To analyse the interplay between Learning Agility and team success, we looked at both successful and unsuccessful teams to find out which characteristics make those teams successful or unsuccessful. The data for the analysis was gathered from clients that were interested in knowing more about this relationship. They were asked to fill in a short questionnaire about their team(s) and their performance over the last year.

The comparison between high and low performing teams shows a clear distinction on Learning Agility and the underlying domains, with the high performance teams scoring better compared to the low performance teams. The differences between the two types of teams were, with exception of Mental Agility, found to be significant.

The biggest contributors to the differences between the two types of teams were Results Agility, Self-Awareness, and Change Agility respectively. These domains of Learning Agility represent the ability to keep goals clearly set and defined (Results Agility), being aware of one’s strengths and weaknesses (Self-Awareness) and the willingness to explore and experience new things (Change Agility).

We looked deeper into each performance group by creating breakdowns for the separate teams. For both the high and low performing groups, the analysis showed that teams within the groups have a common profile. Each of the high performing teams had a similar dynamic between team members and the same goes for each of the low performing teams.

When plotted out in graphs, it proved fairly easy to see which teams were the high performing team and which were the low performing team. The teams, as well as individual team members, either score above or below average on Learning Agility. The majority of team members from teams within the high performing group score around or above the population average. Ideally, these are the individuals that companies are looking for.

With that, the analysis provides a benchmark for team success or, for those who see the glass half empty, a benchmark for failure. However, with the help of Learning Agility, teams are also able to indicate in which domains a low performing individual needs to grow in order to succeed, and thus for their team to succeed. 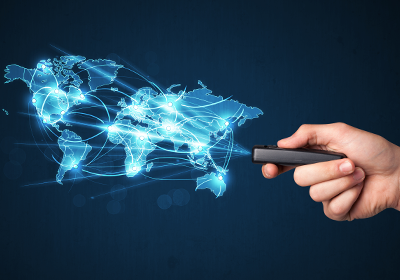